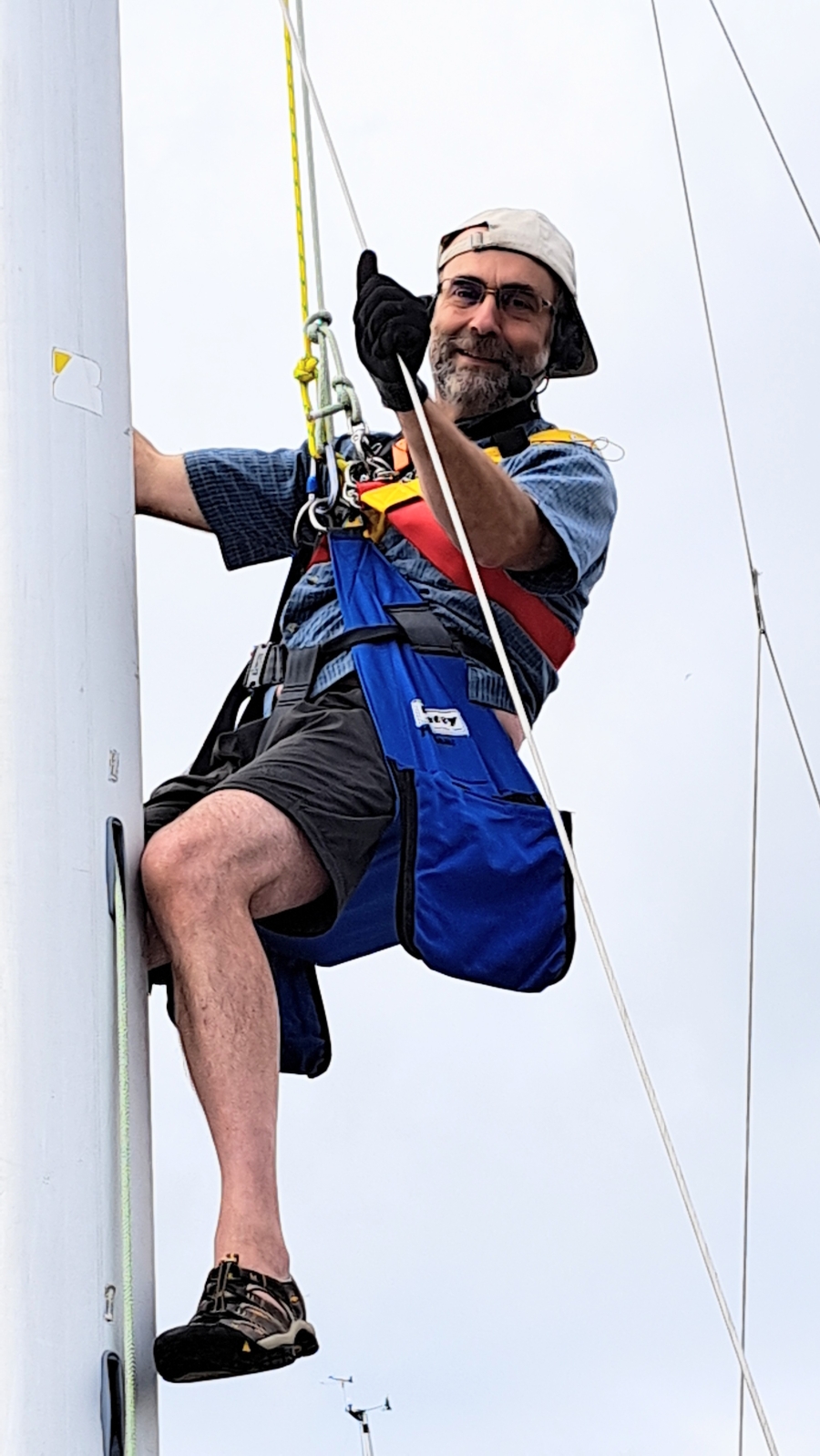 Between Ste-Anne-des-Monts and Gaspe, we passed by the northernmost point of our trip, just before Ste-Madeleine.  Ironically, the weather got cooler from that point.  LOL!  We are so grateful to live the trip of a lifetime with family.

Since my last blog, we did two night sails.  Our crew is made of hardened sailors now!  Even though we pick nights of calm seas, night shifts are still tiring for the four of us.  I had mentioned a staggered night shift rotation.  How it works is this:  Frank and I keep our usual shift (9-midnight, midnight-3, 3-6);  Richard, then Daniele, starts 90 minutes later (10:30-1:30, 1:30-4:30, 4:30-7:30).  This way, when Frank starts at 9:00, Richard joins him at 10:30.  At midnight, I start my shift with Richard;  Frank goes to bed.  In the middle of my shift, Richard goes to bed and Daniele takes his place for my second half.  When Frank wakes up at 3:00, he starts with Daniele and finishes with Richard.  We always have two people in the cockpit.  We celebrate the arrival at destination with a shot of rum or port before sleeping soundly.

Ste-Anne-des-Monts et Ste-Madeleine, our two overnight stops before Gaspe, each has its own cachet.  They both are small marinas, the latter sheltering fishing trawlers mostly.  As we turned the protective rock wall of St-Anne, I saw its big church, a statue holding a light at the top.  Even though I don't pray, the site was a comfort to me after a night sail.  We arrived at Ste-Anne just in time to avoid a pressure system of 30-35 knot winds.  As we arrived on Sunday morning, the bakery Marie-Quatre-Poches that we really wanted to visit was closed.  However, we found this amazing artist store.  The perfect place to find gifts for home.
S

te-Madeleine is a tiny place focused on crab, mackerel and bass fishing.  Its people are so welcoming, helpful and laid back.  We naturally fit in right away.  We took advantage of a quiet day to do laundry, giving us more time to visit Gaspe the following day.  Our next leg to Gaspe was 75nm.  We decided on another night sail.  The advantage of night sailing is the arrival at destination in the morning, an extra day and less costly nights.

Gaspe is the end of the world  ...  according to the Mi'gmaq, natives of the Gaspe peninsula.  Mi'gmaq word "gespeg" means "end", "extremity".  They thought this peninsula was the end of the world.   It is understandingly plausible from their point of view as the next piece of land is Newfoundland at 222 nm in open water.  I can't imagine it in a canoe in those days.  This weekend is the Festival de musique du bout du monde.  There are many stages in and outside de city.  There's one just beside the marina so we'll have nice music tonight.

Richard played the monkey this morning.  Spider webs were preventing our wind vane to properly work.  Someone - usually me - has to go up the 40-foot mast to clean it and spray it against spiders.  Richard bravely accepted the challenge.  When Frank hoisted him up the mast, Daniele and I had left for the showers.  You should've seen Daniele's face when I pointed Richard up there upon our return.  Priceless!  Richard liked the experience .... it might happen again.

We feasted in seafood as much and often as we could:  shrimp paninis, cod cakes and scallops, seafood linguine, salmon and even a shrimp poutine!  Wow!  We're in heaven!  Places we visited are:  the poissonnerie (fish market), Farine Beige (bulk), Brise Bise (seafood restaurant), Cafe des Artistes (ecclectic), Oh Les Pains (bakery).  All were amazing.  We provisioned for 6 days today as we are leaving early tomorrow morning for the coast of New Brunswick (Shippagan, Miramichi, Buctouche, etc.) and Prince-Edward Island. 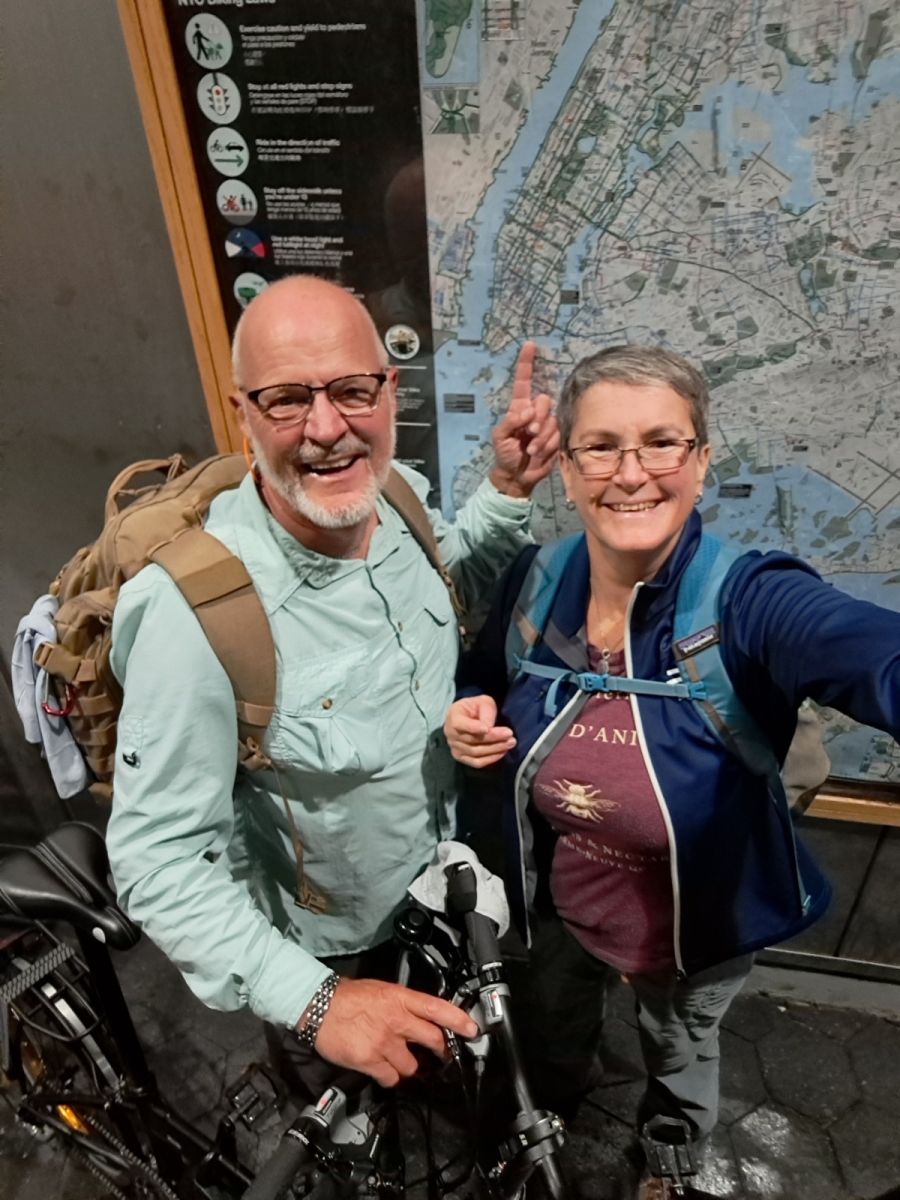 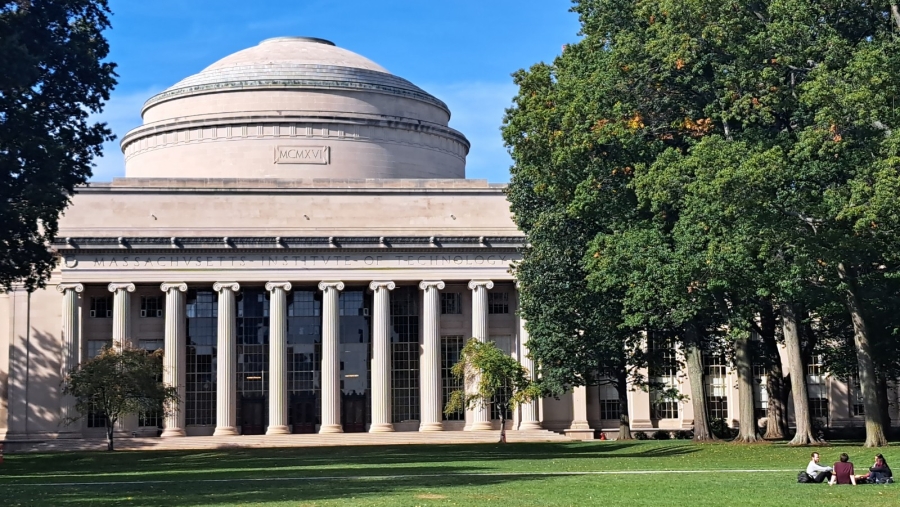 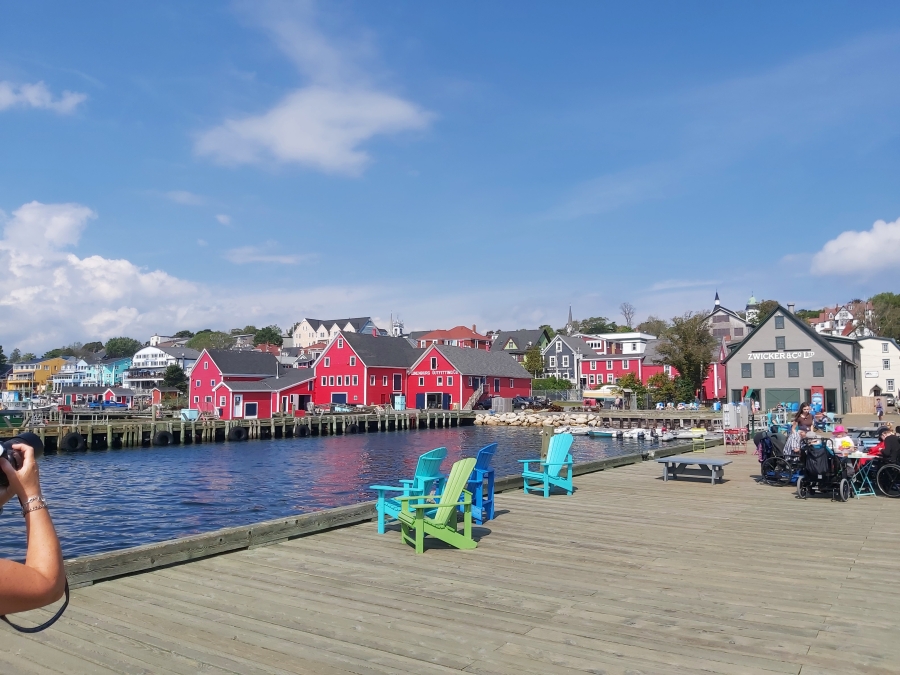