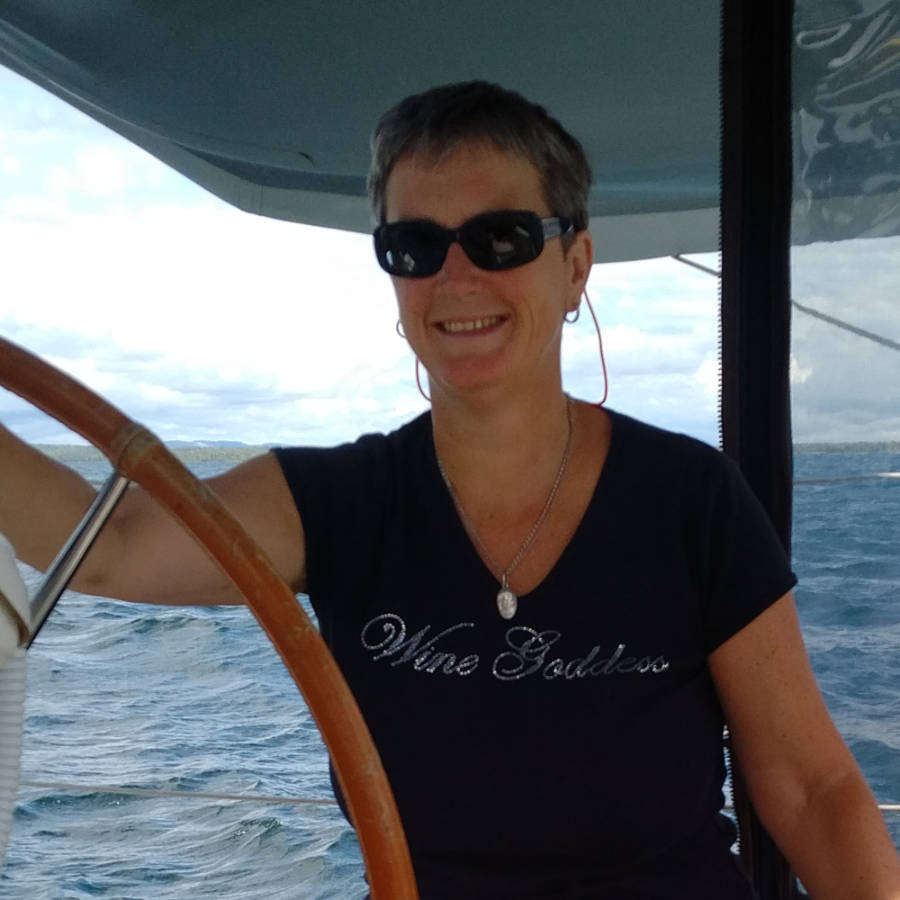 When Marie-Claude met Frank, she embraced Frank’s sailing dream wholeheartedly.
She attended sailing classes, gained experience on Komeekha and was part of a crew on a 50-foot sloop in the Caribbean Sea for 18 days.

Her passion though is food. The more restrained space of the galley doesn’t stop her from cooking up delicious, healthy and creative meals. 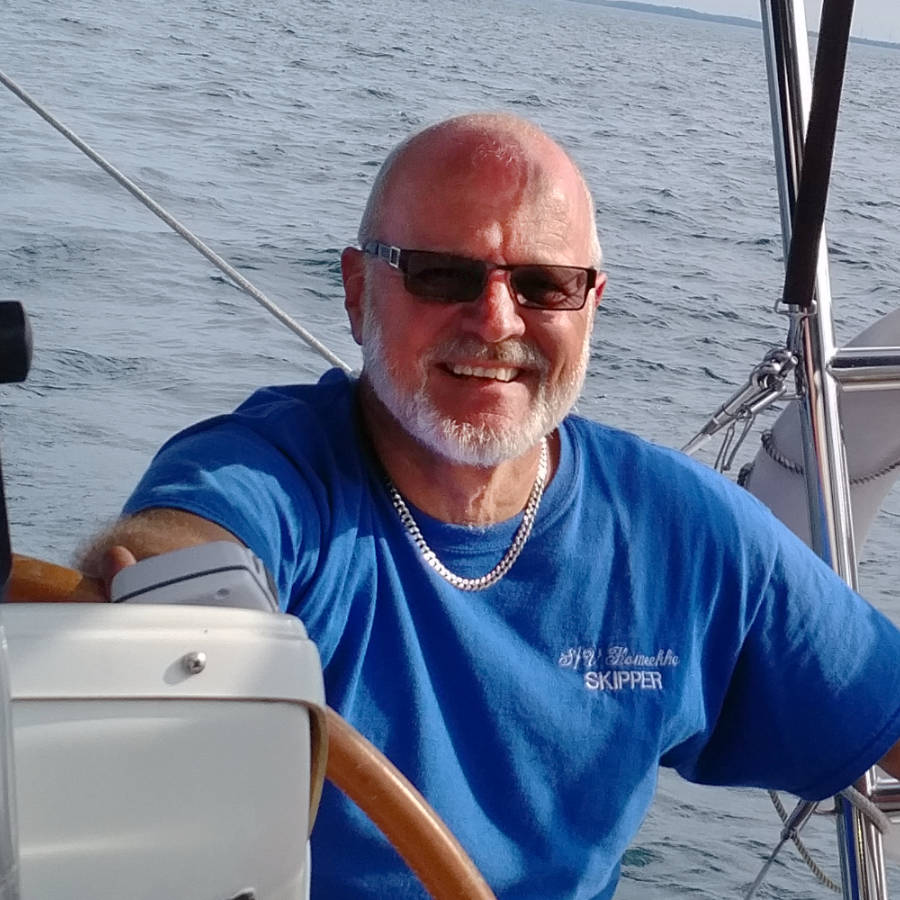 Frank has been sailing since the summer of 1969 starting with a 12 foot Flying Junior on Lake Maskinoge in the province of Quebec where his parents had a cottage north of Berthierville. He would spend the entire summer at the cottage with his 2 sisters sailing and play water sports.

This lead him to take on Sailboarding when his father bougth one, and later in life to try kiteboarding. Kiteboarding is still a work in progress. In 1991, Frank got his first keel boat, a 27-foot Mirage, which was kept in the Lion’s Head marina on the western shores of Georgian Bay. This experience only confirmed his dream to sail the Caribbean in retirement as well as what his boat needed to have.

In 2000, steps wer taken to replace the Mirage with a brand new 2001 Jeanneau Sun Odyssey 37, our current sailboat called Komeekha. It is our home on the water. As a handyman that can fix most anything on the boat, Frank takes care of all the standing rigging, mechanical, electrical, refrigeration, propane gaz, radio tranceiver and instrument maintenance. 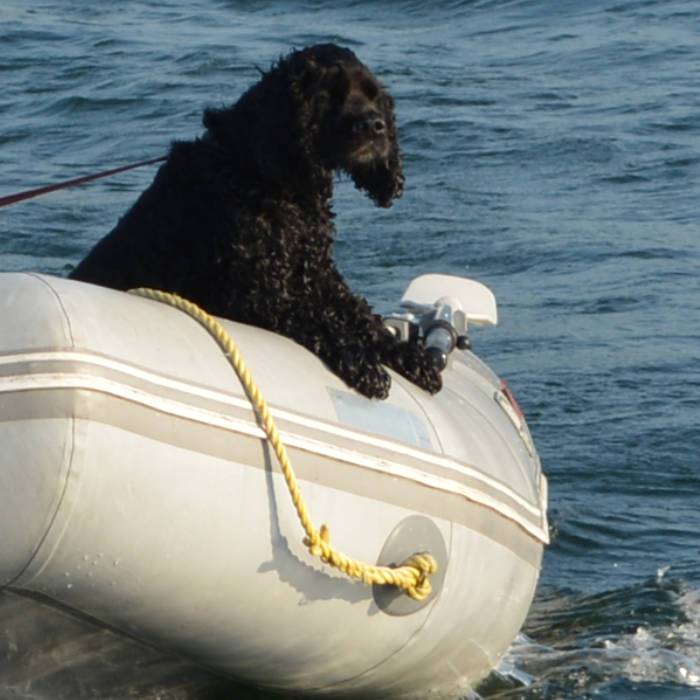 Cocotte is our 11 year old female Cocker Spaniel. While we travel the oceans, she is cared for by our son back home.

When onboard in the Great lakes, she is our bodyguard that insists on a tummy scratch before letting you board Komeekha.