On our last sailing day of the 2020 sailing season, the chart plotter failed to function. Since the radar had been acting up as well for the last 2 seasons, we ordered and installed a touch screen Raymarine Axiom 9+ chart plotter with Navionics (no sonar or fish finder connector) along with a compatible

Raymarine Quantum Chirp Radar with WiFi pairing capability. The old radar cabling and unit were removed from the mast and new radar mounter on the same base as the old radar. Run up inside the mast was a new power cable for the radar as well as a Raynet Cable (backup connection should there be an unfortunate radar WiFi link failure down the road). Since our long range plans are to go on the open ocean in the future with trips of multiple days/weeks in length, I personally like having a network backup the radar unit offers that would not be easily accessed or installed in the mast while underway.

Both radar and chart plotter installed and came together with absolute ease. The chart plotter and radar use the same two fuse panel connections as their predecessors. Once both were powered and the chart plotter turned ON with a swipe of the thumb (could be finger but have found the right hand thumb position is so natural to use), the radar initial power on set-up linked/paired the chart plotter using their individual internal WiFi settings. The WiFi linked together so easily without any hitch, and the initial power ON instructions were spot on. Now selecting a radar display screen when powering ON the chart plotter, we are able to confirm through the chart plotter the radar is linked as well as start and stop it transmitting. Radar menu selections for typical use in a harbour, coastal area, offshore ocean and in rainy/foggy weather makes it so much easier to adjust to the immediate need (unlike the older radar requiring multiple fine adjustments to meet each need). These two units paired together are so simple and easy to use from the one chart plotter (no separate master radar display required).

The two units have been put through their initiation paces this first month of the sailing season making us aware of the available display features. I am impressed with how well it all works together, including with the older 20 year old ST60 Wind unit, ST60 Tridata and ST6000+ Autopilot. The older units are still running on their SeaTalk1 network that is now linked to the Raymarine SeaTalk1 - SeaTalkNG converter. Once the Chartplotter was hooked up to the SeaTalkNG converter and powered ON, I was impressed with the immediate visibility (info just showed up on the screens) and availability of these older units data for screen display customization. To me this is where the Axiom 9+ chart plotter shines on Komeekha. Of the many chart plotter displays available we only use 3 displays, Charts, Radar and Dashboard (neat feature with loads of sailing/navigation info). On Komeekha, each is viewed individually or the screen split/paired with one of the other two. I have come up with Main Menu sailing display arrangements that in the first month have been very useful for our vessel:

Charts only (course up)

I have my personal user profile displays/screens for the way I want to see the info and my admiral has her customized display/screen views in her personal user profile. Each screen arrangement is customized with the important information we wanted without needing to make screen set-up changes while underway (more on the customization in a future blog). 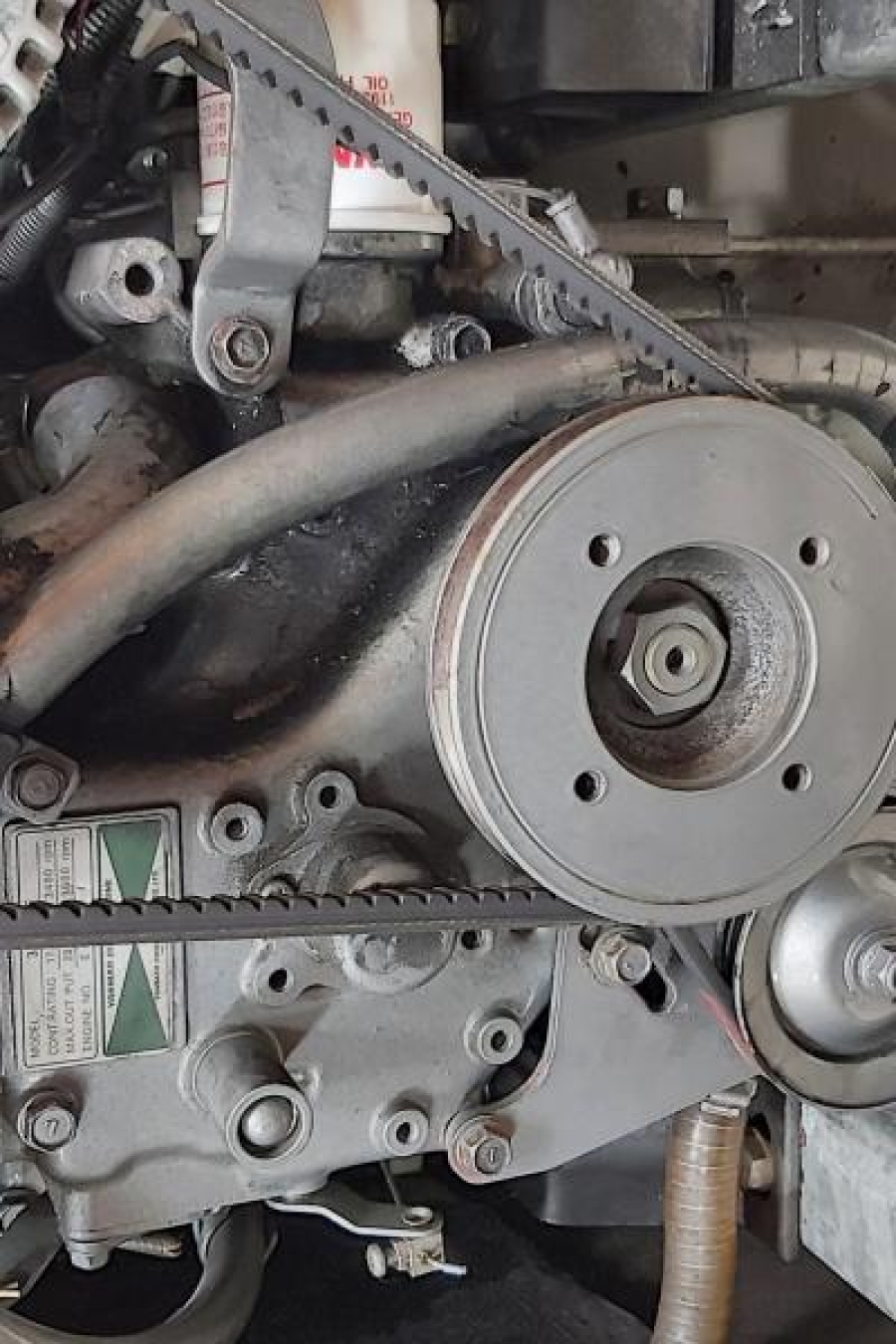