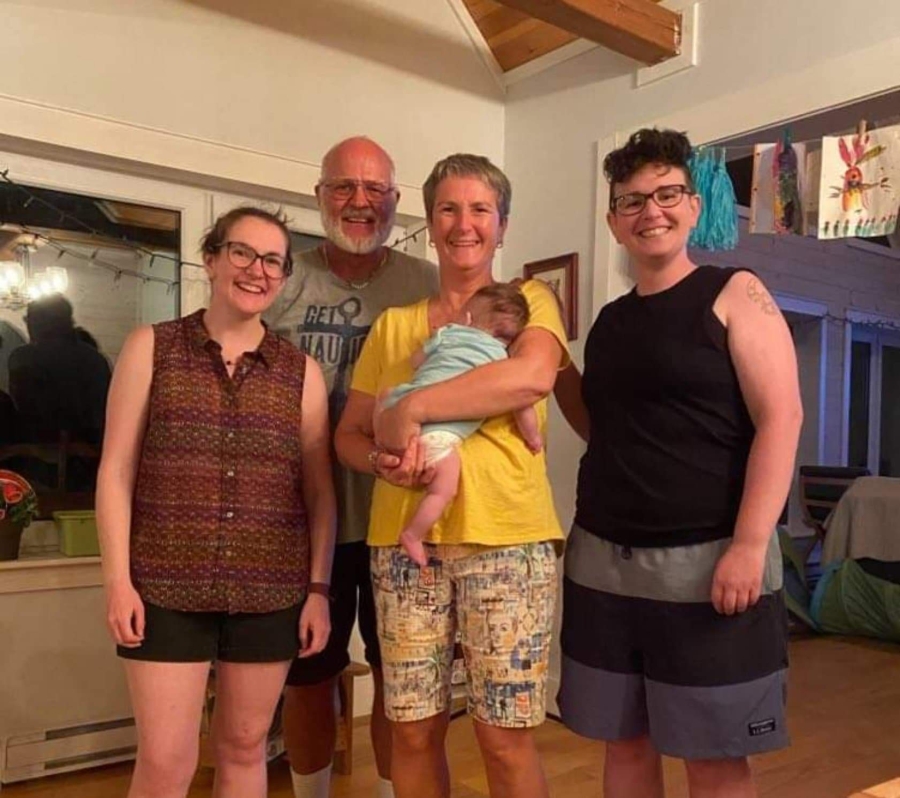 Sebastian and the In-laws

Since we left Summerside PEI, we crossed the Confederation Bridge and the Northumberland Strait to anchor at Brule at the end of the day (beside Barachois Harbour) and Havre Boucher in Nova Scota.

This bridge is awe-inspiring:  its lines are beautiful,  it looks elegant yet strong,  it's 12 km long.  Both anchorages were quiet, beautiful and with good holding.  Our plan to sail to Charlottetown were squashed due to high winds and, according to locals, very little protection from winds and waves at the marinas.  It's very uncomfortable when Komeekha's ropes tug hard every few sounds for hours, in a marina slip.
To get to Havre Boucher was interesting.  When we left Brule at 5:00am, we knew we'd be motoring most of the day until we get to the entrance of St. Georges Bay (a 20 nm leg, at the North end of Canso Strait) where the winds were to increase to 15 knots.  But we had timed our bay entrance to have the tidal current on our stern.  Reality was we faced the winds, waves and the current.  Trying to tack our way forward didn't work;  the current was pushing us away from our destination.  So we sailed and motored, arriving at the Havre at 10:30pm.  This leg of our day trip was very frustrating so we were relieved to arrive.
Going North to South, Canso Strait has a lock which levels go down about 5 feet.  This Strait has a few industries and a few houses.  At the South end of Canso Strait, we had a glimpse of the Atlantic Ocean for the first time.  We'll take this entrance to the ocean when we head to Halifax in a few days.  We ended our day after a second lock at the marina of St. Peter's, NS.  The harbourmaster and staff are very helpful and laid back.  The slips are very low to the water.  We used a milk crate to get on our boat.  LOL!  St. Peter's has all you need for provisioning at walking distance.  I easily made this trip 2-3 times a day. There were more showers and laundry machines at this marina than at many others we've been to.  Even a shower for 2!  Yooohooo!
In Iona, NS, we met up with my niece Sebastian, Rebecca and 2-month baby, Garnet.  Rebecca's family invited us to dinner and campfire where we met the whole family:  10 adults and 5 children under 6 years of age.  I have mentioned to Frank earlier that day that since Daniele and Richard left I had a social withdrawal. I needed to be with people again.  I got my fill with Rebecca's family.  Everyone was so welcoming and interesting to talk to.  They were all interested about our adventure.  Rebecca's parents and one brother came on our boat with a big bag of vegetables just plucked out of the garden.  They also gave us a bag of Chanterelle mushrooms!  Wow!  We are in heaven!  Time for Frank to make his risotto.
Since we entered the Northumberland Strait, the water has been shallow (around 50ish feet mostly) and warm (22-25 degrees celsius).  Perfect temperature for a refreshing swim.  But we started to see jellyfish.  Yesterday morning, at an anchorage, we saw 4 of them near Komeekha.  I enquired to Rebecca about their stings and how to clean them.  She said that, growing up in Iona, she's been stung many times.  She removed the stingers by hand.  It hurts a lot but only for about 20 minutes.  So we are warned and ready!   Frank read that vinegar, and even pee, help alleviate the hurt.
We arrived in Baddek this morning.  This is where there is a Graham Bell Museum and a lobster dining room.  It's raining now, so we'll go on shore in an hour or so.  I'll tell you all about it in my next blog. 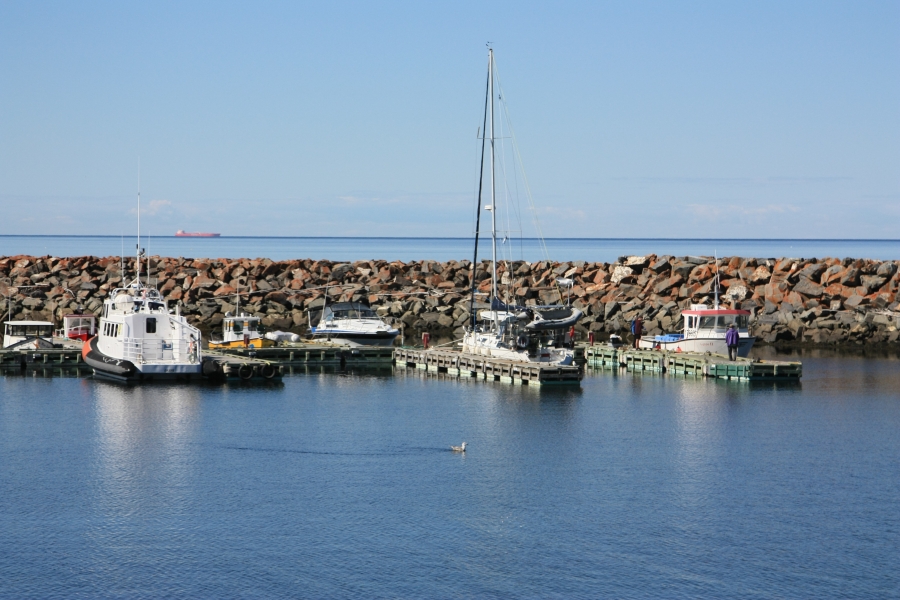 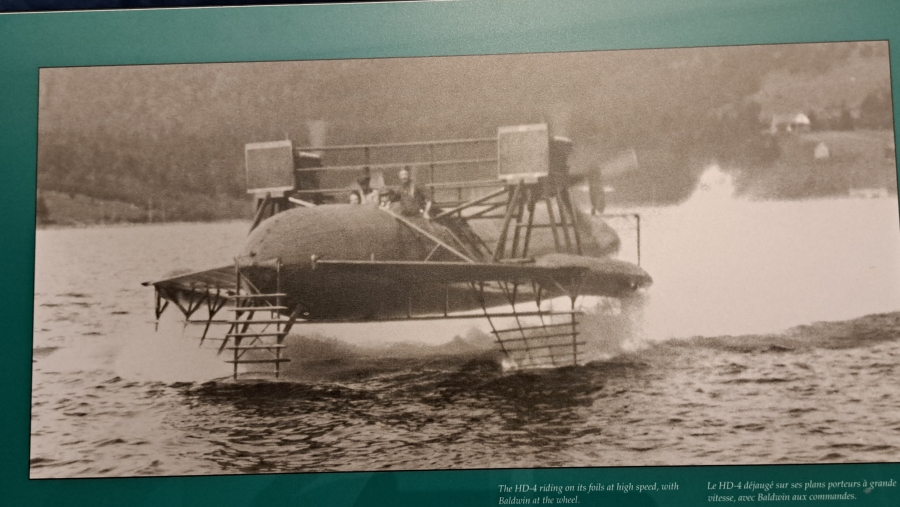